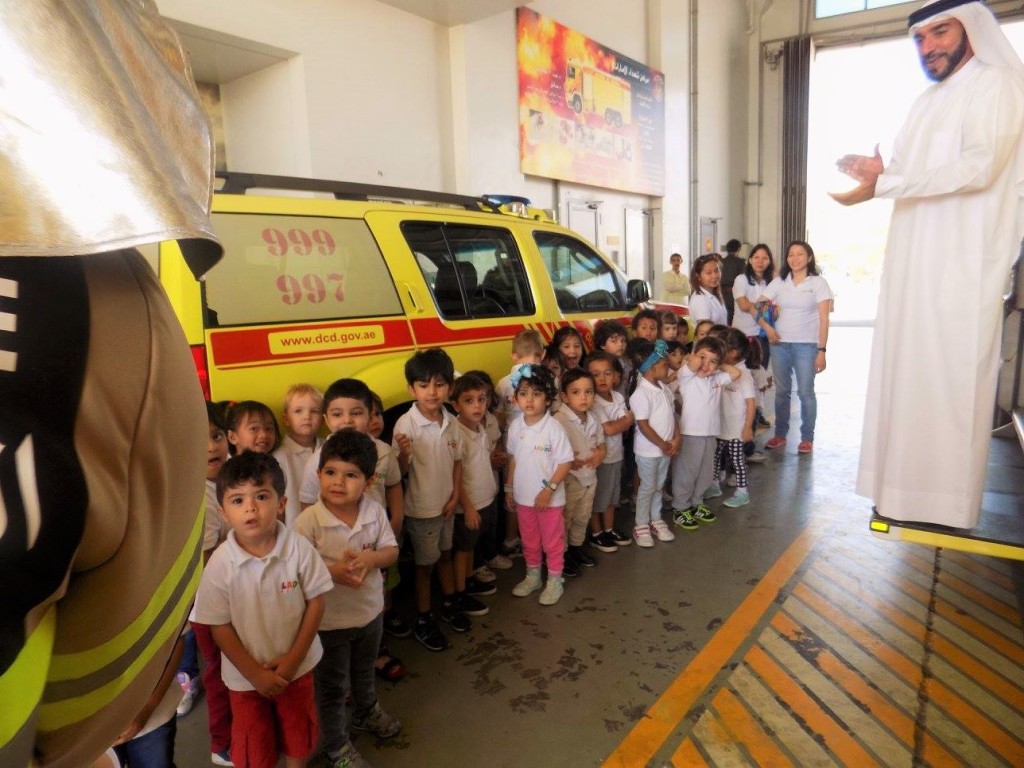 At learning Ladder Nursery JLT cluster V, our April theme is ‘Transport’ and as part of this topic we took our children to Al Manara Fire Station on a field trip. The children learnt about a lot of other modes of transport along the way. They traveled all together with their friends and teachers in an RTA mini bus, they drove along Sheikh Zayed Road pointing out the Metro, cars, buses, motorbikes and taxis on route to the Fire Station.

We were met by the chief of the fire station who showed us around their fire engines, let the children have a turn sitting on the truck, trying on the firemen’s helmets and even using the fireman’s hose! They met the Al Manara fire man character who came out to shake each of their hands, which the children all loved. We then went into the Fire Station cinema room to watch some cartoons about Fire Safety at home. We had snack time at the Fire Station amongst the firemen before returning on the bus, singing songs and pointing out what other forms of transport we could see!